HomeBlogRay Chan, Founder of 9GAG, On How to Grow a Successful Startup

Ray Chan, Founder of 9GAG, On How to Grow a Successful Startup 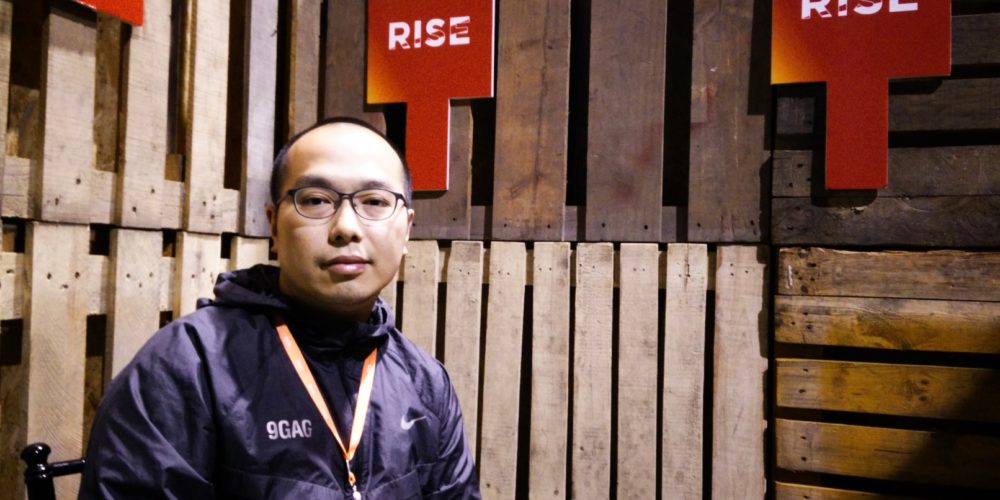 Ray Chan, Founder of 9GAG, On How to Grow a Successful Startup

“Funny is a very personal thing”. This is a funny thing to say, coming from the smooth-shaven and relatively foul-mouthed man standing on stage. For a man who currently sits at the top of the humour industry, a digital platform known as 9GAG, Ray Chan has made a reputation for himself as the chief distributor of jokes that are universally, not personally, hilarious (Impressively, 10% of their user base are Germans). Started in Hong Kong, 9GAG dominates digital platforms such as Facebook and Instagram through the sharing of short clips, memes and various other knee-slappers that are submitted to them through their website. In total, they have more than 35 million likes on Facebook and more than 40 million followers on Instagram. On top of that, they are the most-followed company on Instagram.

During Ray’s Q and A session in RISE Hong Kong 2017, he stressed how the 9GAG team only consists of 30 members, “fifty-percent [of which] are engineers”. But these 30 people are meticulously selected, according to their H2O principle. (Hustle, humble and open). Here’s a quick thought experiment – think of the funniest person you know. Chances are, the person you thought of is not someone you would immediately associate with qualities such as being hard-working or humble, but, in order to become a part of such a prestigious team, you can’t just be good at one thing. Ray notes that to excel in only one area is the hallmark of a company who will only succeed locally, not globally. In order to achieve international acclaim, you have to excel at multiple things, repeatedly.

Ray should know, they grew their company from a small local platform meant for sharing humorous clips amongst friends to a global powerhouse, directing the ebb and flow of humour amongst millennials and geriatrics alike. Chances are, what you find funny is the result of years of careful inculcation on the part of companies like 9GAG and Buzzfeed. However, Ray seems to think of his humble background as a disadvantage. He points out that Hong Kong is a very privileged place, and that with luxuries abundant, the sources for humour declines in correlation. “Lucky people have lucky problems”, and lucky problems are not the kind of problems people tend to chuckle at. However, 9GAG does not make the jokes, they only “facilitat[e]” them, and in this they have the first-mover advantage. 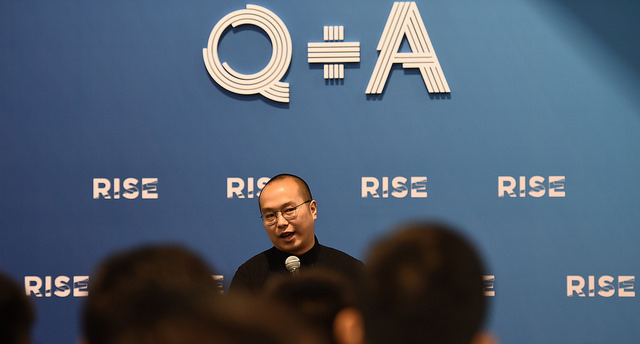 The session teetered dangerously towards the political when an attendee asked whether Ray would consider making the submitters of the content anonymous. In response, he asserted that they will never make users anonymous, and that “the more polarised the content, the less anonymous it should be”. This may be a reference to his earlier comments regarding Korean humour websites such as Ilbe of pursuing an authoritarian stance on user discussions throughout their site.

Finally, Ray ends the session by telling attendees to “never listen to any advice”, thereby disregarding all his earlier parables on growing a successful startup. He seems to realize the irony of this, continuing on to say that no advice is really applicable because what companies say and what they do are, nine times out of ten, wildly different. Instead, Ray proposes that people look at what successful companies in their field do, and if it’s applicable, compare it to their own methods and amend where necessary. Ultimately, Ray vouches for his golden nugget of advice: “it depends”.