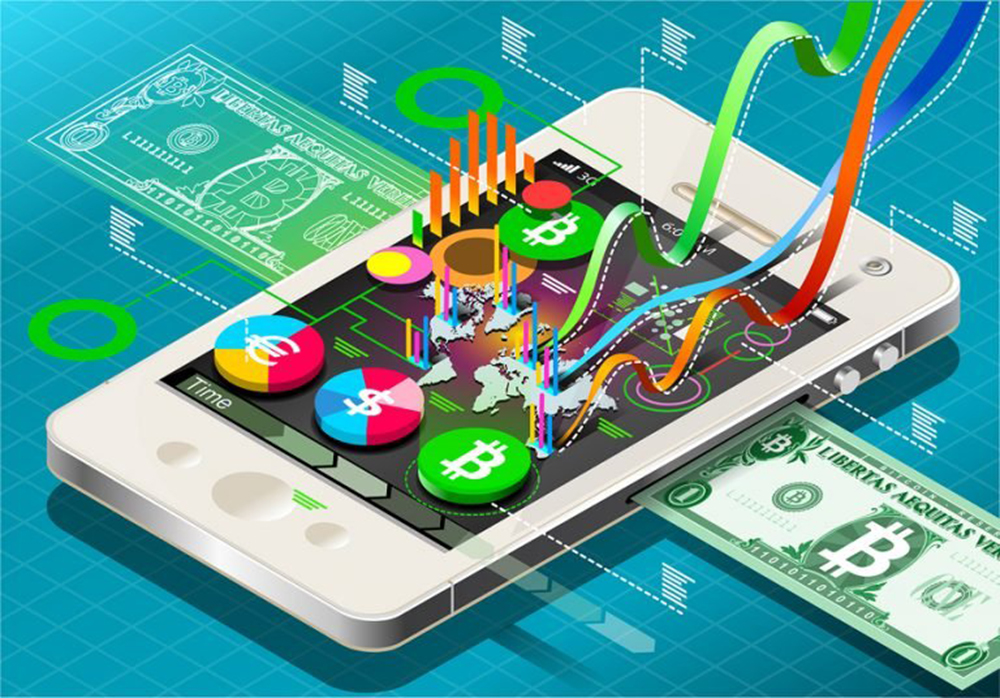 Blockchain technology first gained worldwide notice through the launch of Bitcoin. Currently, the technology has progressed beyond the cryptocurrency field and into a multitude of sectors. Smartphone industries are joining the blockchain bandwagon with several tech giants revealing plans to build the first blockchain smartphone.

What Is a Blockchain Smartphone?

There is no unanimity as to what constitutes a blockchain smartphone. Details remain unclear as to why it stands out from a current smartphone. Therefore, one wonders, what exactly is it? Does it run on Android, iOS, or a blockchain-based OS? What set of features do these phones come with? It’s somewhat of a mystery.

What isn’t a mystery is the fact that mainstream phone companies are competing to produce the first blockchain smartphone. This comes after Sirin Labs, a Swiss-based company, announced its intention to do so last year. This year, HTC also announced that it plans to build a blockchain smartphone, dubbed the HTC Exodus.

This article will explore the different blockchain enabled smartphones currently being offered in the market. It will also take a look at the different features that manufacturers intend to equip the phones with. Lastly, we will try to figure out what aspects of the phone may appeal to consumers.

First on the list is the Finney smartphone, courtesy of Sirin Labs. Dubbed a “futuristic phone device for the blockchain age,” the Finney smartphone comes with a price tag of $1,000. This is surprisingly cheap, considering that Sirin Lab’s previous device had an ultra-expensive price tag of $14,000. The modest price of $1,000 is Sirin Lab’s way of ensuring that the device appeals to an even larger audience.

Although arriving in markets sometime this year, the phone packs some hefty specs. The kind you would expect from a flagship device. The device offers a Qualcomm Snapdragon 845 chipset, along with 128GB storage memory and 6GB ram. It also sports a 3280 mAh battery, a 6 inch 18:9 display, 12MP back camera, and an 8MP selfie camera at the front. The phone will also have a dedicated SD memory card slot with support for up to 2TB of expandable memory.

The Finney smartphone is expected to have a built-in cold storage crypto wallet that offers support for major cryptocurrencies. The wallet will be activated through a physical security switch that turns off all unencrypted communications when turned on. The wallet will remain offline unless intentionally activated.

Competing with Sirin Labs to create the first blockchain smartphone is Taiwan-based electronics company HTC. Earlier this year HTC unveiled plans to launch a blockchain smartphone labeled the HTC Exodus. The HTC Exodus is HTC’s attempt at enlarging the ecosystem by bringing mobile user experience to the DApp community. They plan to release the phone in the third quarter of this year.

According to information on their site, the HTC Exodus will have support for a cold wallet along with key recovery features. Every phone will also act as a node, thus, enabling more individuals to take part in blockchain-based activities. The standout feature of the phone is the key recovery attribute, which the cryptocurrency space desperately needs. It remains unclear how HTC intends to make this possible.

While there still aren’t enough details about the phone, Phil Chen, the company’s chief crypto officer, reveals that they have received tens of thousands of reservations globally. He also said that the company is working closely with the CryptoKitties game developers. They intend to provide the game preinstalled on their devices, beginning with the HTC U12 plus. There are also rumors that the phone will have support for cryptocurrency mining, but that is yet to be verified.

Sirin Labs and HTC aren’t the only companies with intentions to build blockchain smartphones. A start-up company by the name Swiss Bank is also attempting to launch its own blockchain smartphone, BitVault. The company refers to BitVault as the world’s first blockchain “crypto-communicator.” The device will offer support for secure messaging, browsing, encrypted voice and video calling, and transfer of videos and photos securely over a private blockchain.

Another company intending to join the blockchain smartphone race is Blacture. Blacture intends to introduce its blockchain smartphone by the name Motif. According to their site, the Motif smartphone will use digital encryption to secure data. Users of the phone will also earn token rewards as they shop at approved and accredited online shops. These rewards tokens will be redeemed using a Blacture debit card.

Is the World Ready for a Blockchain Smartphone Future?

Both the Finney smartphone and the HTC Exodus have support for cold wallets. This is a surefire feature that may appeal to some of the mainstream users. However, what incentives are in place to convince the regular user of cold wallet devices to make the switch? They might as well continue using their regular hardware devices as having the phone offers no difference to their current situation.

It’s rumored that the HTC Exodus may have support for cryptocurrency mining. Although, one wonders how HTC intends to make this feature available. Current mining rigs take advantage of several graphics cards and ASICs that need an excessive amount of electricity to function. Not to mention that phone battery capacities are minute compared to the amount of electricity that mining rigs consume. It remains unclear how a handheld device would be capable of mining cryptocurrency.

Whether or not the world is ready for blockchain smartphones remains debatable. HTC’s tens of thousands of reservations for the HTC Exodus shows a significant demand for these devices. However, these numbers may represent early consumers who are always at the forefront of adopting new products. Even though the idea of blockchain smartphones sounds great, it remains uncertain how the world will respond to them.