HomeBlogCrypto Highs And Lows – What Happened in February?

Crypto Highs And Lows – What Happened in February? 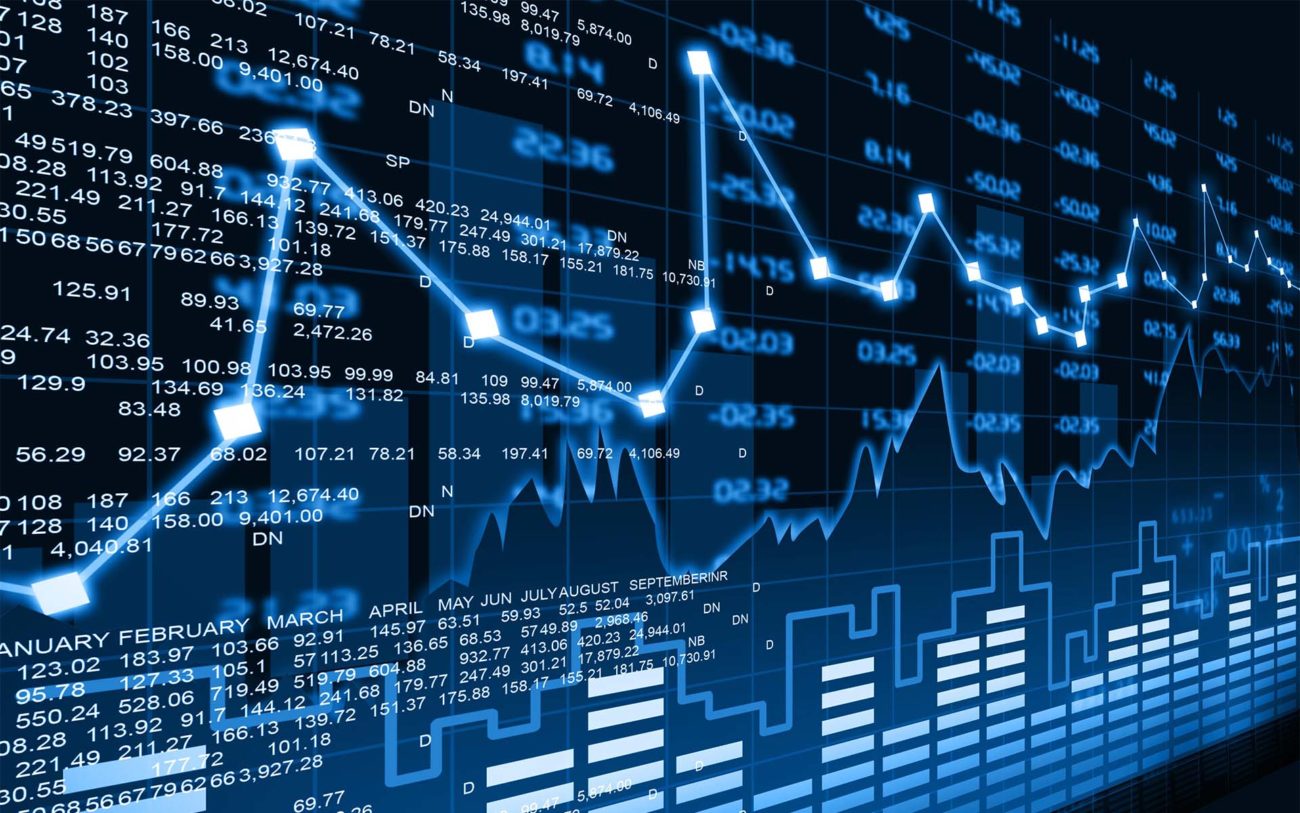 Crypto Highs And Lows – What Happened in February?

The first week of February was marked by heavy downward movements for many digital currencies. However, the middle of the month saw some recovery, leading up to surprising bull runs in the fourth week.

Ethereum: After falling into third place on the list of cryptocurrencies by market capitalization, Ethereum quickly made its way back into second place. Like other cryptocurrencies, ETH had a weak first week, with a monthly low of $107.91 on January 6. The same cannot be said for its fourth week, in which it recorded a monthly high of $165.67 on January 24. Overall, ETH saw a 23.17% monthly increase from a starting price of $110.02 to a current price of $135.52.

Marco Lim, the former Goldman Sachs executive who has also served at Credit Suisse, Deutsche Bank, and Forex Capital Markets, has been appointed as a managing partner at MaiCapital, a blockchain hedge fund based in Hong Kong. According to his LinkedIn page, Lim has accumulated years of foreign exchange sales experience, which he will bring “to further develop the company.”  According to Co-Founder and Managing Partner at MaiCapital, Benedict Ho, “Marco will focus primarily on marketing and establishing strategic partnerships for MaiCapital and its group companies. His long-standing investment banking relationships and market experience should bolster MaiCapital’ leading position in the digital asset management space.”

Popular professional services firm Accenture has announced that it is currently working with global corporate giants such as Mastercard, Everledger, and Amazon to launch a blockchain-based circular supply chain. Accenture is no stranger to blockchain and intends to integrate it with its existing supply chain model. According to the company, the project is geared towards improving environmental sustainability, and the technology will be applied to all levels of the supply chain. The new supply chain will give customers the opportunity to find small-scale growers and suppliers, and earn rewards for making direct payments. This will reduce waste, and improve inventory management as well as transparency. According to David Treat, managing director and global blockchain lead at Accenture, the application of this technology in supply chains gives the business industry a new perspective on how they can be managed.

Like Accenture, Mercedes-Benz, the German automobile giant has created a blockchain platform aimed at increasing transparency in global supply chains. In partnership with Icertis, a US-based software firm, Mercedes-Benz has already developed a prototype of the technology, which allows users to store documentation and contracts within supply chains and the pilot project is already undergoing testing. According to Wilko Stark, a member of the divisional board of Management Mercedes-Benz, “Blockchain technology has the potential to fundamentally revolutionize our procurement processes […] With our Blockchain-prototype, we are in the first step testing one of diverse possible applications with the aim of increasing transparency beyond our direct suppliers.”

Bitfinex announced in a Medium post that United States law enforcement has successfully recovered and returned part of the funds stolen from the platform in August 2016. About 27.7 Bitcoins (BTC), were returned, and the company has already begun converting them to dollars and paying affected accounts. Bitfinex made headlines in 2016 for a hack in which about 120,000 BTC was stolen from the exchange.

Shortly after its occurrence, the exchange generalized the losses and spread them across all accounts. Every affected account was credited with one BFX token, for every dollar lost, which users could redeem for one dollar or Bitfinex stocks. For those who chose stocks, their BFX tokens were destroyed and replaced with Recovery Right Tokens (RRTs).

According to state Treasurer Robert Sprague, two Ohio-based businesses paid taxes using Bitcoin, making Ohio the first state to accept business taxes in form of cryptocurrency. Ohio has been looking to attract blockchain businesses, and this move is likely geared towards that goal. Sprague clarified during a forum that the state does not accept any currency except the US dollar. However, businesses are allowed to deposit BTC on the payment platform, which converts it to USD. The statement read: “We will never accept won or renminbi or francs or cryptocurrency, or any other currency. You have to relieve your debts to the state of Ohio with U.S. dollars. That’s what we’re currently accepting. This platform just allows for that exchange, basically before that debt is settled to the state of Ohio.”

Prior to its official launch, Vakt, a blockchain-based oil post-trade platform has announced the signing of four new clients. The new clients include major oil players that have backed Vakt at some point, such as Shell, Total, Gunvor and Mercuria. Vakt is also backed by other major investors like Equinor, Chevron, and Reliance Industries. This move will give Vakt usage of more than 60% of all oil deals in the North Sea region.

According to a statement by Etienne Amic, Vakt’s recently appointed CEO, blockchain adoption within the energy sector may encourage other sectors to adopt its applications. The statement reads: “We felt that we needed about 60 to 70 per cent of a market to reach ignition point [that would] incentivise other people to join.” Also included in the announcement: the company plans to expand its reach within Northern Europe and the United States.

Swiss bank Julius Baer is partnering with Seba Crypto, a blockchain startup for which it is a minority shareholder, to offer its customers access to digital currency services. However, the partnership will not be effective until Seba Crypto receives a securities dealer and banking license from the Swiss Financial Market Supervisory Authority.

Once effective, the partners will provide services such as digital asset storage, as well as transaction and investment solutions. The announcement also discloses that the banking giant has been a minority shareholder of Seba since last year. In September 2018, Seba Crypto raised about $100 million for this purpose, and during the same year, Julius Baer reportedly had about $381.6 billion in assets under management.

According to an announcement by SoftBank Corp., the Japanese multinational holding conglomerate is partnering with TBCASoft, an American telecoms-focused blockchain firm, to create a digital identification system under the Carrier Blockchain Study Group (CBSG).

CBSG was founded in September 2017 as a global consortium of telecom carriers with ties to blockchain. Its founding members include Far EasTone and Sprint. The system, known as CrossCarrier Identification System (CCIS), will be developed by TBCASoft. It will use blockchain technology and other cryptographic methods to cut out external parties from the verification process while protecting user data.

The National Bank of Ukraine (NBU) has completed the pilot scheme for its official digital currency, known as the e-hryvnia, which the country has been considering for about a year. According to Aleksandr Yablonovskiy, the head of NBU payment networks and innovative growth department, the pilot was used to assess the practical use of the concept as well as gather feedback. The project is aimed at making a change in the Ukrainian system, which relies heavily on cash payments.

While still owing users almost $30 million, popular South Korean cryptocurrency exchange Coinbin is filing for bankruptcy. The exchange, which took over Youbit exchange after its hack, is reportedly leaving its users hanging and closing all its operations due to embezzlement by a senior executive. The executive known as Lee reportedly stole the private keys of hundreds of BTC wallets, and about $26 million is still reported missing. According to a statement by CEO Park Chan-kyu,

“We are preparing to file for bankruptcy due to a rise in debt following an employee’s embezzlement.”

Read the original article by our partner MintDice. 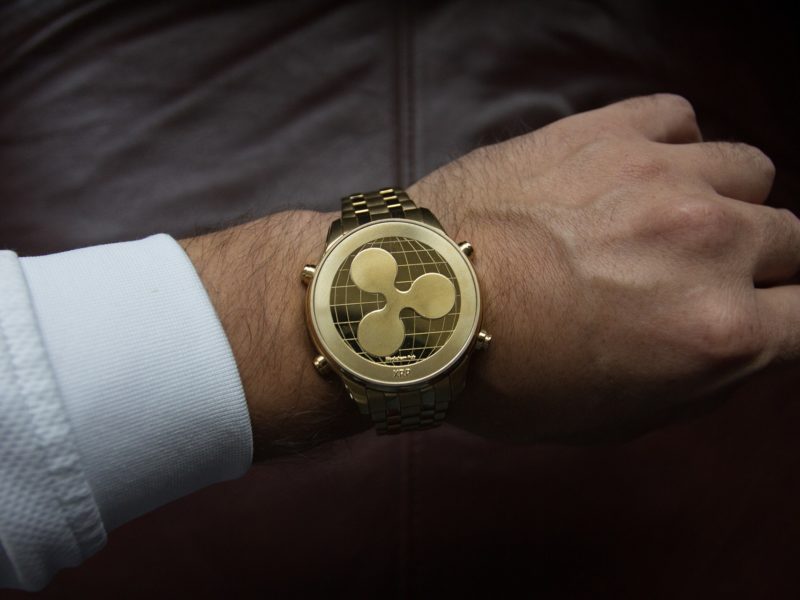