HomeBlog11 Questions About Blockchain You May Feel Too Dumb to Ask

11 Questions About Blockchain You May Feel Too Dumb to Ask 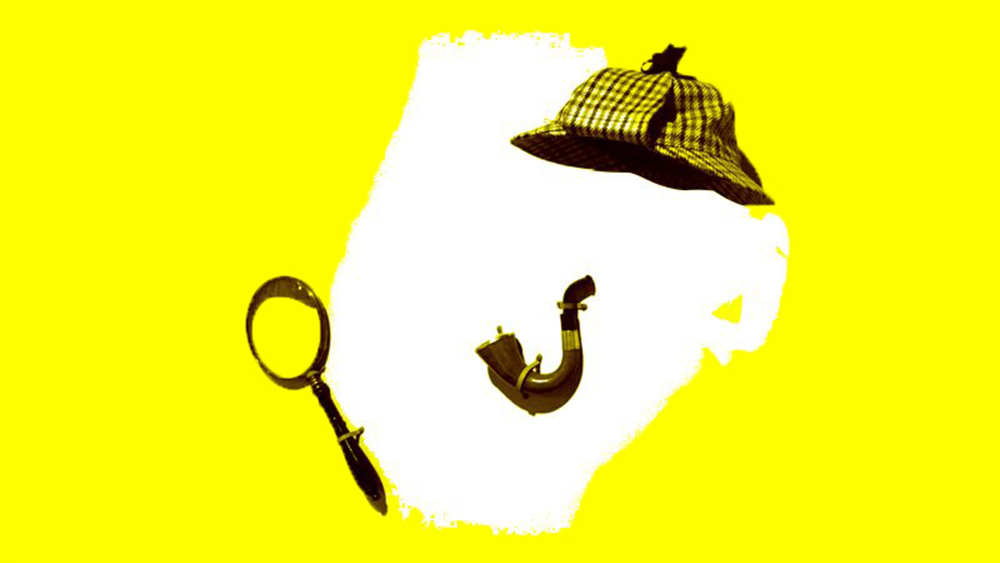 11 Questions About Blockchain You May Feel Too Dumb to Ask

Unless you dedicate your working week to crypto (and even then, new concepts develop at lightning speed), you probably still have a few questions about blockchain. And maybe you feel too dumb to ask them in your circle of knowledgeable peers. Well, there’s no judgment here. We’re all on a learning curve when it comes this new technology.

Whether it’s idle chit-chat at the dinner table or your Mom wanting to know why Bithumb lost $30 million if Bitcoin can’t be hacked, you’ve probably been asked more than once if blockchain is secure. “Of course,” you say, except… you still have a nagging doubt.

Is blockchain actually secure? And, if it isn’t, how do you explain its defects in simple terms? Here goes: Blockchain technology is secure, in the sense that it can’t be tampered with or censored. There’s also no single point of control, as it’s a decentralized system that belongs to no one person or group.

What’s the advantage of that? Well, with traditional infrastructure, a hacker can easily enter a system (think Equifax) and cause unthinkable damage. This is because there is just one single point of entry–and failure–making the hack much easier.

Hacking the blockchain requires a tremendous amount of money, power, and coordination (the likes of which not even many small countries could afford).

So then, a blockchain can be hacked? Technically, yes. In what’s called a 51% attack, a hacker would have to gain control over more than half of all the Bitcoin network mining hash power. And even then, all they could alter would be their own transactions in recent blocks by performing double operations. They wouldn’t be able to gain control over other people’s funds or operations. So of all the questions about blockchain, this is one of the most complex because, no, blockchain isn’t technically 100 percent secure. Just 99.9999999%. And also, not all blockchains are created equal, but we’ll get to that in a moment.

2. How Many Blockchains Are There?

There’s no easy answer to this question since it’s not a static number. New blockchains are being created just as new cryptocurrencies are coming out. The key takeaway is that there are three different types of blockchains:

Public blockchains are–drum roll–public! This means that they are open to all and anyone can take part in auditing, reading, and writing to the blockchain, as well as mining cryptocurrencies for it. The most obvious public blockchains include Bitcoin, Litecoin, and Ethereum.

They still have their advantages, however. Private blockchains can keep key information secure and confidential. They’re also much faster than public blockchains since they don’t require the consensus of thousands of nodes to run. It’s easier for a 51% attack to occur, though, and they’re much less secure as they can be easily edited and rewritten.

You could look at consortium blockchains as being somewhere in the middle between public and private. Access is still granted to a select few, but they remove the sole autonomy issue that exists with private blockchains. It takes longer to reach a consensus and there’s a group of organizations or companies working for the benefit of the network with a consortium. Consortium blockchains have great potential in many areas: medical, financial, and public sector spheres to name a few.

They’re more secure than private blockchains, as the information is shared between multiple parties who need it, and there is no single point of failure. So, in short, yes, there’s more than one blockchain. There are many, and they fall into three main categories.

3. Can Anyone Create Their Own Blockchain?

Yes. Absolutely. Anyone can build their own blockchain. Just like anyone can be a tightrope walker or rhythmic gymnast. Although, unless you have the suitable skills, it’s going to be an uphill struggle. Not only will you need experience in coding and a willingness to learn more about blockchain development, but you’ll also have to work on building a network of users and (potentially) miners.

These blockchains are not without their own issues, however, including scalability, bottlenecks, and security. A developer looking to create a DApp to handle a large volume of transactions per second will currently hit a wall with Ethereum, for example. Unlike established payment network VISA, that can handle upwards of 45,000 transactions per second, Ethereum is still hovering around 15 per second.

So when a developer finds that there’s no existing blockchain that meets all their needs, they may decide to create their own. They can either save time and money by forking an existing one (copying the open source code and adding to it) or starting from a clean slate and building up an entire codebase from scratch. This requires some serious commitment, funding, and time.

Apart from being an implement with two or more prongs, a fork in the cryptocurrency world is something else entirely. Forks can happen accidentally, whereby two coin updates are not compatible and they create a separate ledger, or they can be soft or hard forks, generally implemented to solve a problem.

A soft fork is a change to the protocol in which blocks that would’ve been valid are now rendered invalid. After a soft fork, old nodes still recognize new blocks as valid, so it’s backward compatible. Since this involves a significant modification, a soft fork requires the majority of miners to upgrade to enforce the new rules. With a hard fork, however, all nodes must upgrade to the new version.

This effectively creates a new pathway (a fork) in the code. The users who have updated will follow the new fork. Those who do not will continue along the same path, which usually becomes outdated and obsolete, although there are some exceptions.

Ethereum is the most high-profile example of a hard fork in the cryptocurrency industry. After the DAO hack of 2016, in which over 3 million Ether was stolen by a hacker due to a loophole in a smart contract, both a soft fork and a hard fork were proposed.

After much discussion, a hard fork was implemented. This divided the Ethereum community between those who believe that code is law and those who wanted to stop Ethereum from folding. It also led to the birth of Ethereum Classic by the miners who continued down the existing path.

5. Can Anyone Mine Cryptocurrency?

This is probably one of the most frequently asked questions about blockchain. Yes, in theory, anyone can mine cryptocurrency. Although, not all cryptocurrencies can be mined. The most popular are still Bitcoin, Ethereum, and Monero.

Thanks to developments in mining equipment, you no longer have to solve complex mathematical equations to mine cryptocurrency. But mining Bitcoin takes significant time and investment, as you’ll need to buy the right hardware or software and learn how to use it. You can even mine some cryptocurrencies through your smartphone although the high electricity costs usually render this inefficient.

Apart from your initial investment (keep in mind that some Bitcoin mining software starts at $10,000), you’ll need access to cheap power. Cryptocurrency mining uses a high amount of computational power, which means that your expenditures may outweigh your profits. So far, most of the world’s miners have come from countries where power is cheap, and China has around 75 percent of the Bitcoin mining capacity.

You should also join a mining pool to help cover the costs. This will reduce initial investment but also eat into your profits. The takeaway? Anyone can mine, but it’s not worth it for many people.

Many projects are still under development but you can hop on over to Steemit to see what social media on the blockchain is like. You’ll notice it looks pretty much like other, regular websites though.

Blockchain-based sites can be a little more complex to sign up for than a regular website. Steemit, for example, asks you to either wait for up to two weeks while they review your contact information or pay a minimal fee to sign up using one of three payment methods. These all require you to create an account and buy some STEEM using Bitcoin, Litecoin, or Ethereum. So, you’ll need to hold one of these currencies in a wallet elsewhere already. 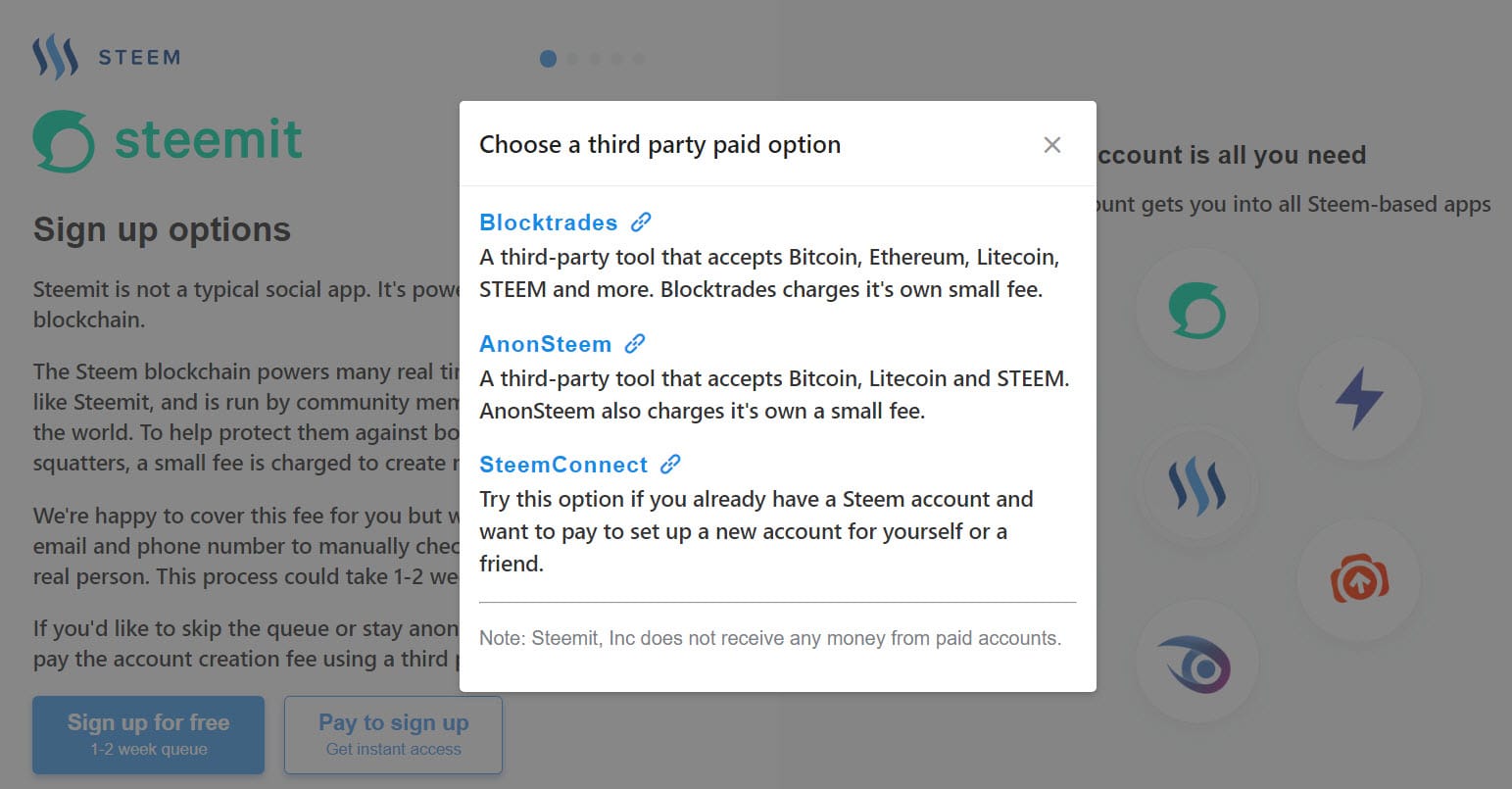 You can also try a freelance work site, like Bounties Network. It’s quite simple, but again, you’ll need to take some extra steps such as downloading Metamask and creating your account. On a user interface level, there isn’t anything different to see really. It’s the backend engine under the hood that’s implementing the new tech.

Encryption exists to provide data security and ensures that data sent or stored is jumbled up (encrypted) in such a way that no one but the receiver with the private key can read it. This adds to the authenticity of the blocks in the chain and helps to keep them secure.

Everyone’s heard blockchain described as a distributed ledger and we’ve all nodded our heads knowingly. But, what exactly is a ledger? A ledger is far from a new invention. In fact, if you think back to clay tablets, mankind has been using ledgers for centuries to keep track of transactions, records, and agreements.

So a ledger is basically a way of keeping records. And when it comes to public blockchains, there’s a potentially limitless amount of data and transactions that can be stored, audited by all, and never tampered with or erased.

Apart from the gas you use to fill your car or heat your home when you hear people talking about gas in the cryptosphere, they’re talking about the unit used in Ethereum to execute smart contracts. It measures how much work an action takes and monetizes it. You basically pay for your time on the Ethereum blockchain with gas.

Every operation costs a certain amount of gas. So, just as when filling your car for a long journey, the amount of miles you do affects the amount of gas you need in the tank, the same is applied here. The more complex operations and contracts are, the more computational resources used, the higher the cost of gas.

This is probably one for the advanced questions about blockchain exam. An atomic swap allows for instantaneous transactions cross chain between two users without the need for a trusted third party. If you’re thinking–isn’t that the point of Bitcoin in the first place? You’re right. 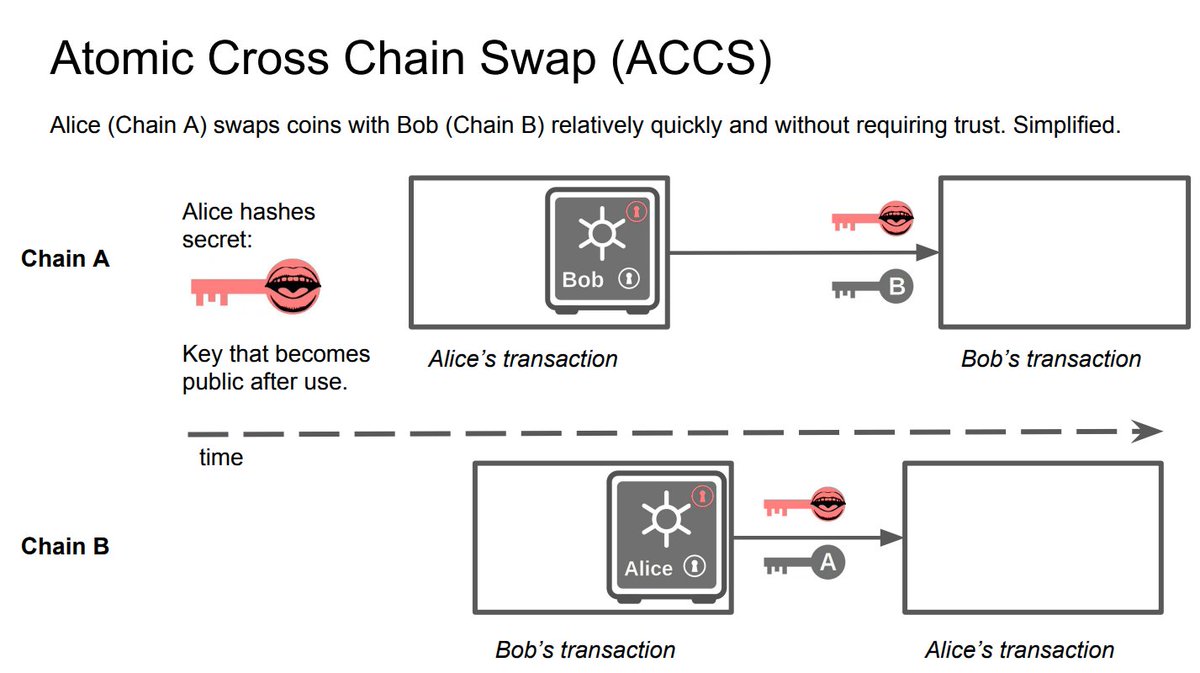 But atomic swaps allow for interoperability between blockchains, meaning that you can trade Litecoin for Bitcoin, thanks to a hash lock using a cryptographic algorithm and a timelock. Plain English? These features allow for both users to send and receive the funds without fear of one party not complying. Atomic swaps are a major development for decentralized exchanges since they cut out the need for third parties and allow for cross-chain transactions.

11. What Is Double Spending?

Double spending happens when one digital token is spent multiple times. This is obviously a situation that has to be avoided and generally arises because the token is made up of a digital file that can be cloned easily. Not only does double spending lead to inflation, but also to huge losses for organizations. One of the main aims behind blockchain technology is to eliminate double spending.

Your Questions About Blockchain Answered

So, there you go. There will be a multiple choice test to follow! Just kidding. If you still have more questions about blockchain, don’t be afraid to ask. The blockchain community is welcoming and eager to teach. There are no stupid questions, right? Only stupid people who think they have all the answers. 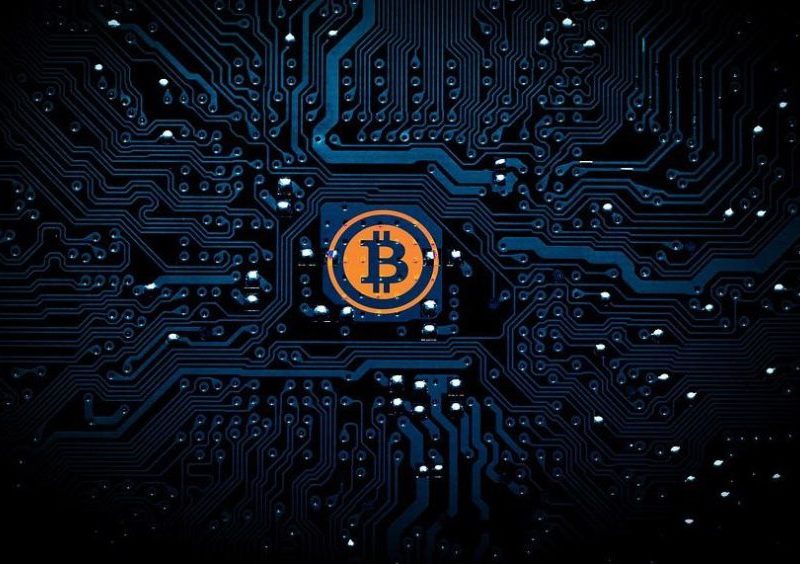 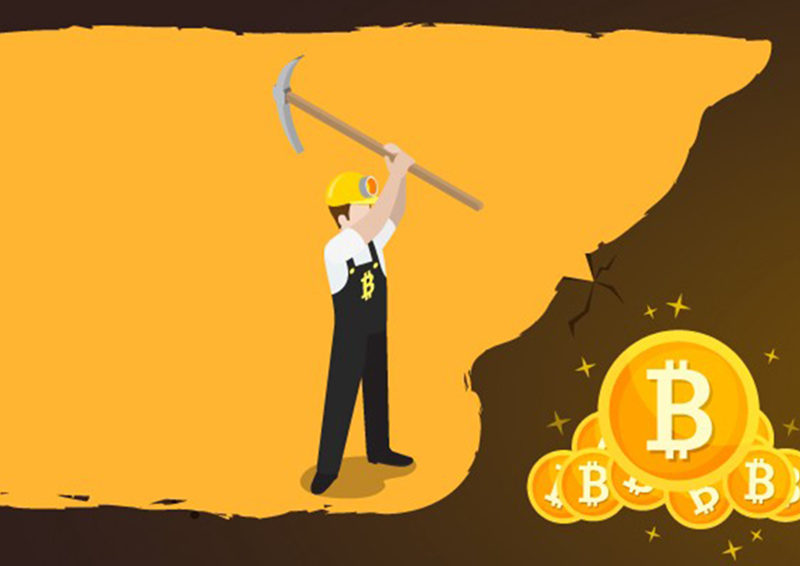